Fifteen year old Tijmen van der Helm will have to wait until the third round of the Castrol Toyota Racing Series before he's old enough to race in New Zealand, but he still reckons he can impress in the star-studded field.

Van der Helm has already won in Formula 4 this year, taking one win in the UAE Formula 4 Championship as well as three podiums and will be one of a number of racers in the 20 car field that have junior formulae race and championship wins on their resume. A dual 2019 campaign in the Spanish Formula 4 championship also produced impressive results, with the young Dutch racer taking fourth overall.

New Zealand motorsport rules means he'll need to be 16 before he can race one of the new Toyota FT-60 cars. With his 16th birthday on January 26th he'll miss the series' first two rounds at Highlands Motorsport Park and Teretonga. He'll make his debut at Hampton Downs Motorsport Park at the Denny Hulme Memorial Trophy meeting behind the wheel of a Kiwi Motorsport-run car.

He'll get plenty of testing miles ahead of his debut, however, and is confident he'll be competitive as soon as he is able to join the pack.

“Although I am really young, we have decided to make a big step this upcoming season and the TRS series are a perfect way to start a steep learning curve,” he explained. “But it has always been like that and was in my karting days. I did some testing in Formula Renault and the WSK Series, which is a similar car.”

An announcement is also expected imminently from the team regarding a reserve driver for the first two rounds of the championship, with the team likely to opt for an experienced junior formulae racer.

The 2020 Castrol Toyota Racing Series begins at Highlands Motorsport Park in Cromwell in New Zealand's South Island over the weekend of January 17-19. It stays in the South Island for the second round a week later, moving to Teretonga Park near Invercargill for round two.

The series then heads to the North Island for the remaining three weekends of racing. That includes the Denny Hulme Memorial Trophy at Hampton Downs Motorsport Park, the New Zealand Motor Cup at Pukekohe Park and the final round, the New Zealand Grand Prix meeting over the weekend of February 14-16 at Manfeild – Circuit Chris Amon in Feilding. 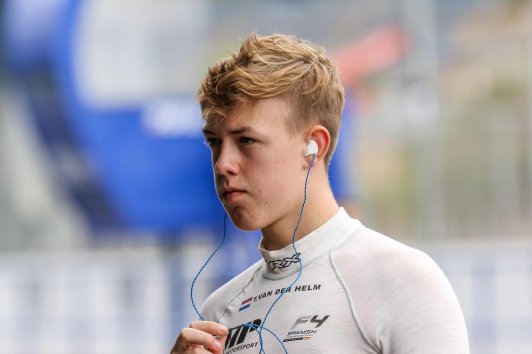