AMONG treats awaiting rev heads making pilgrimage to Feilding’s home of horsepower on Saturday is a madcap ‘Morrie’.

Yet it also reflects a love affair and obsession with Morris vehicles that began at the age of 15 when Tim bought three Morris Minors. Plus … well, it’s just a hoot to rebirth a vehicle that was rather sedentary in original condition into something with more than enough oomph to surprise and delight.

“I wanted a Morris truck to carry Morris cars and other things we own in our collection,” Tim says.

The perfect candidate came from Hawke’s Bay. Used to cart apples from an orchard to the wharf, it had just 65,000 miles on the clock.

It was in good enough condition to make restoration relatively straight forward and re-engineering to swap out the original drivetrain for the new motor and transmission was also reasonably hiccup-free. The final touch of a stunning gold paintjob – to match the race car – adds to head-turning appeal that has made huge impact at car racing meetings and shows.

Reliability, comfort and a great V8 soundtrack come with this package. But what Rush loves most is that it’s something different.

“It’s an oddball. I like oddball things and not everyone is stupid enough to own a Morris truck, let alone do what I’ve done to it!”

Speaking of: His next plan is to pay homage to the ‘Morrari’ – an iconic NZ race car of the 1960s’. Tim’s will be a bit different to the original, which married a shortened F1 Ferrari chassis, fitted with a 327 Corvette engine, with a Morris Minor body. His will have the same look but applies more modern and less exotic underpinnings and conceivably might deliver even more fire, with a Formula 5000 engine transplant planned.

It’d be a great future candidate for an event that perfectly captures cool car culture.

First held in 1971 with six sellers, the swap meet has since transformed as massively as the sport of hot rodding and keeps growing, all the more since moving to Manawatu’s largest events centre a decade ago.

Bargain buying, the chance to see a huge count of impressive classic cars in original to highly-modified formats in a single location and to experience them in the day’s wrap-up activity, a lunchtime cruise – open to all hot rod and classic car owners - around a racing circuit of international renown.

All that plus it’s just a great time to hang out with fellow hobbyists …. these are reasons why this petrolhead heaven maintains massive popularity and draws fans from all over the country.

They’ll see around one hundred display cars with 40-plus trade stalls within the stadium. Outside in the car park area are a whole lot more sales tables with new and second-hand automotive parts, plus more hot rods on show on the arenas.

"It's a great day for anyone with an interest in cars," says Manfeild events and marketing manager Stephanie Dench.

"There's a huge and diverse range of memorabilia at the stalls, but you can spend just as much time looking at the vehicles and thinking about how much time, effort and money went into them.”

The gates open at 8am - there's always an early-bird crowd - and the day goes until early afternoon.

There's a $10 adult entry fee (under 15s admitted free). No pets are allowed. 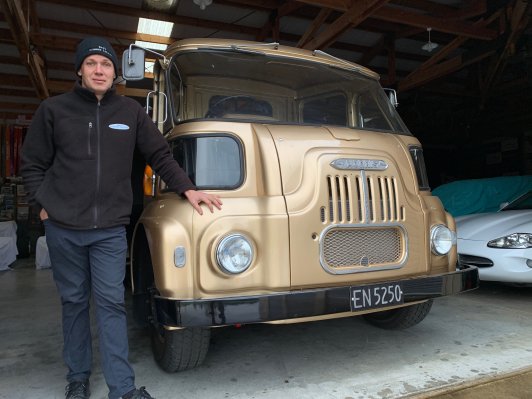