KNOWING the ace Kiwi winner of last year’s New Zealand Grand Prix will defend his title on Manfeild Circuit Chris Amon next month is a delight for the venue.

“A constant about the Grand Prix at Manfeild is that it has always been a total thriller.

“I cannot imagine next month’s race being any less intense – the field is packed with top international talent and, of course, this time the Castrol Toyota Racing Series brings a brand-new car.

“We take great pride in being host venue and also in knowing that whoever wins the NZGP inevitably goes to even better things.”

Lawson’s decision to defend his 2019 status is further reminder of the high international regard for the series and New Zealand’s most vaunted circuit racing title.

“Liam’s success here was a launch pad for him to join the Red Bull Junior programme where he has progressed to become a standout in two international categories.

“Many consider him one of NZ’s great hopes to make it to Formula One in the near future.

“I’m sure that experience and his reputation will not be taken lightly by the other drivers contesting this great series finale.”

Lawson clinched the 2019 title as a 16-year-old — then turned 17 the day after winning the Grand Prix. He has since finished runner-up in the EuroFormula Open Series and 12th in the FIA Formula 3 Championship.

Of course, he is not alone in having used TRS as a springboard to establishing an international career.

Palmerston North’s Brendon Hartley is obviously held in particular high regard for having gone from TRS into Formula One and, now, into Formula E electric car racing and the World Endurance Championship, with Toyota.

Four overseas drivers who raced TRS are in F1 this year: Briton Lando Norris is with McLaren, Canadian Lance Stroll, the 2018 NGP winner, is with Racing Point, Russia’s Daniil Kvyat ran with Torro Rosso in 2019 and will stay in 2020, when the team competes as AlphaTauri, while Nicholas Latifi is with Williams.

This year’s TRS grid is particularly rich with talent. Most of the entrants come from top motor race series from all parts of the globe.

The series carries FIA Super Licence points, required for drivers to advance into the major series around the world, and the attraction of a new car, the FT60, which with a 208kW engine and Hankook Tyres is a bigger, faster car than the FT50 it replaces.

It is also the first TRS car with a halo – the protective cockpit guard above the driver’s head, proven in F1.

This will be the 15th season of TRS and the 13th year the series final has been staged at Manfeild. 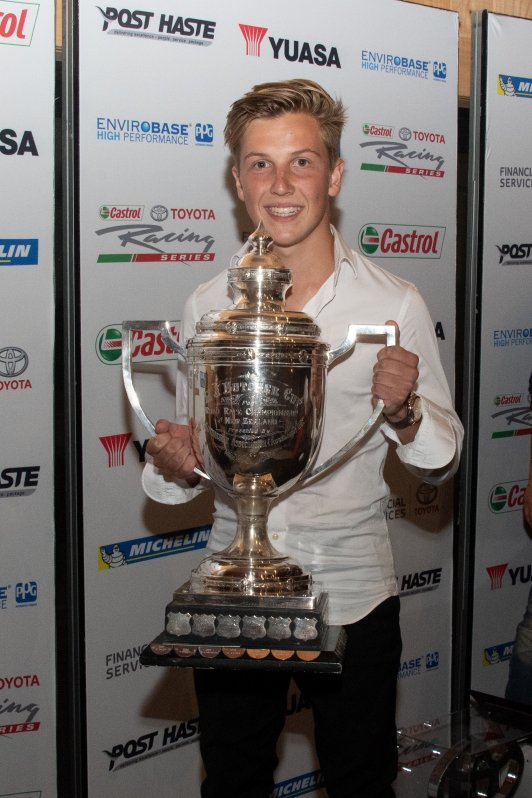