AN annual Manfeild event that captures the ethos of cool car culture has extra horsepower this year.

Organisers of Saturday’s swap meet and hot rod display run by the Palmerston North Hot Rod Club say there has been an upsurge in trade sites, with more than 50 for the 8am start occasion.

The resurgence of interest shows that an event of this size and scale is simply irresistible to the numerous businesses that specialise in selling petrolhead fare, organisers believe.

“Our trade site numbers were down a little over the past couple of years, but not this year – we’re looking good for a great day,” an organiser said.

The support is just a further stamp of approval for the oldest continual swap meet in New Zealand.

Not only does the meet remain one of the few remaining automotive-only gatherings and has increasingly also become known as a brilliant car show – an aspect that has come all the more to the fore since the shift to Manfeild 10 years ago.

That theme will be very much in evidence on Saturday; with hundreds of display vehicles drawn from throughout the country in around the Manfeild Stadium, alongside the traditional swappers’ tables and trade displays.

The level of general public interest in the heavy metal is always huge; it has gone from being a hobbyist occasion to a day that is a big draw to people who might not be deep into the hot-rodding world but just love cars.

The day includes a circuit cruise opportunity for hot-rodders; the chance to run around the track occurs through association with the Manawatu Car Club, which stages its third round of the Feilding Auto Electrical Winter Series racing competition at the track this weekend.

“Being able to go for a laidback cruise around the Manfeild track itself is a big talking point within our circle and has become a signature of this day,” the club spokesman said.

Manfeild chief executive Julie Keane says the meet is a great day out for anyone with an automotive interest.

“There’s always been a huge and diverse range of memorabilia at the stalls, but I know that the opportunity to look at the vehicles and think about how much time, effort and money went into them is just as fulfilling.”

Manfeild has been acknowledged as being a fantastic display space; cars not only take up some of the stadium but also display on the adjacent outdoor equestrian warm-up zones.

There is pedestrian access only via the venue’s main, South St entrance. Those driving in need to use the Kawakawa Rd gate entry point.

As always, some patience might be required. While there will always be a core of keen swappers at the gate for opening time those who want to come for the atmosphere and to see the cars might like to time their arrival to avoid the peak traffic flow, Mrs Keane suggests.

There’s a $10 adult entry fee (kids under 15 admitted free); cash only as there is no Eftpos at the show. Pets are not allowed. 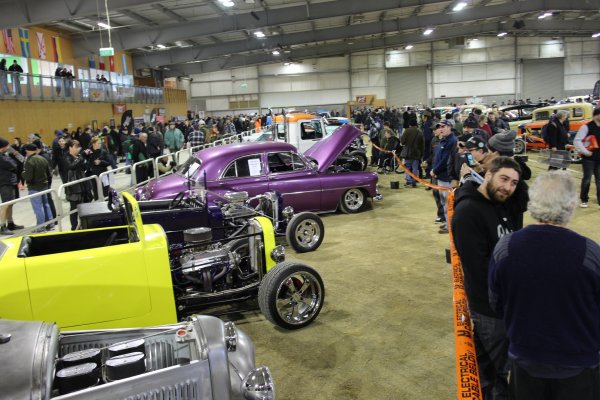