MANFEILD’S massive outdoor arena is converting into a working farm – complete with paddocks, sheep, tractors and grain siloes – in preparation for an event tomorrow that will test the nation’s brightest farming talent.

Hands’ on activity central to determining the pick of the crop of the nation’s top young farmers is being staged at a venue just minutes from the Feilding central business district.

“This is our first direct involvement with the FMG Young Farmer of the Year grand final and we couldn’t be more excited,” Manfeild chief executive Julie Keane said today.

“Young Farmer is the country’s premier rural contest and seems a natural fit for Manfeild – we host many ag-related events and, of course, our region is very much the agri hub of New Zealand, driven so much by farming dollars.”

Mrs Keane said Young Farmer of the Year was brilliant for the Manawatu.

“Agriculture is a cornerstone of the economy and this event does so much to remind that it is a professional industry providing significant career opportunities.”

The Central Economic Development Agency, based in Palmerston North estimates the competition will bring a million-dollar benefit to the region and would showcase the North Island AgriHub.

The contest this year has been immense. Finalists from Northern, Waikato/Bay of Plenty, Taranaki/Manawatu, East Coast, Tasman, Aorangi and Otago/Southland areas will be at Manfeild from break of dawn tomorrow for a series of practical farming tests.

The day on the farm is the mid-point of a three-day workout putting them through a range of practical, theoretical and technical challenges.

The exact nature of tomorrow’s tests is closely guarded. But it’s a fascinating and incredibly diverse event. In the past, participants have been required to put in a fence, cook, change a wheel and carve out a chainsaw sculpture.

Mrs Keane is encouraging public attendance. The layout of the event allows for onlookers to get a good view without getting in the way. And it’s free to watch.

“In keeping with best farming practice, the practical day starts nice and early: Contestants begin their activity at 7am. The day goes to 3pm.”

The public is encouraged to enter into the venue via the South St entrance and park in the stadium carpark.

Manfeild contest co-ordinator Paul Olsen, a past national NZYF chairman who farms at Opiki, says the Manfeild grassed oval has shaped up nicely for its temporary role.

“There is two days of set up but it reflects more than a couple of months of preparation,” he says of the area.

Basically, he adds, the idea is not so much to create a full-scale farm but replicate “a lot of different aspects of farming.”

“The contestants will be undertaking all sorts of practical aspects – I cannot say what they will face but we feel it will really test their skill set.” 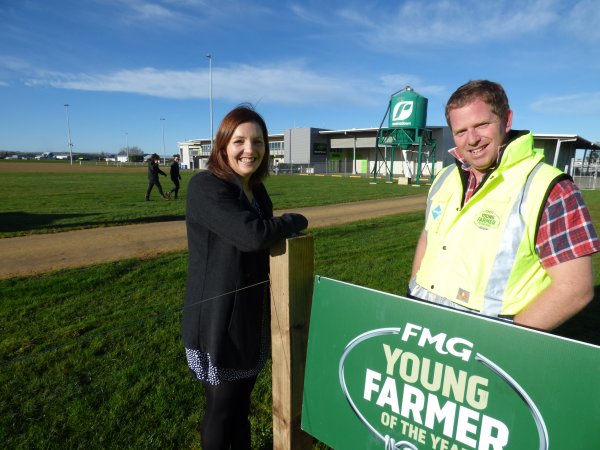 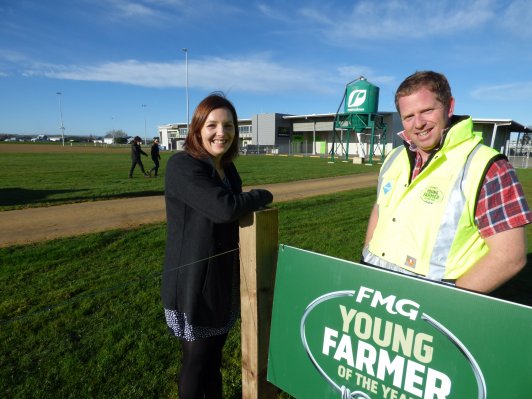