“Four weeks to go – and it feels like four minutes. The weeks just fly, there are not enough hours in the day.”

So says Amanda Street, an architect of Feilding High School’s Wearable Art Show, Evento, much more now than an iconic annual must-see in its home town and all the more important with the 2017 event, on July 29 at Manfeild Stadium, being the 21st.

The ramp up to a show that includes music, dance and performance as well as wearable art, all created by secondary school students, in an extravaganza of colour and sound playing out to an audience of thousands is already under way.

Ticket sales are off to an early start this year and, as well as being available directly from the Manfeild office have for the past three weeks been selling on Eventfinda, via the Evento website (Evento.org.nz).

“It’s a move with the times … I hope it will make life easier, being just one click of a button. Of course, people who are not on the internet can still buy tickets as they used to, but increasingly, on-line is how people buy things. We’re excited.”

As the 21st Evento, the 2017 show promises to be extra-spectacular. The overall theme, Nature, is feeding fabulous categories that promise to truly stretch the entrants’ imaginations toward the offbeat, the wacky and, sometimes, the downright outrageous.

The key to Evento is that it feeds off community spirit. Though students from all around the lower North Island enter, the wider effort involves people of all ages from parents, grandparents, friends, families – and former students who still want to give back.

Three past students are especially committed: Hannah Exton will photograph the costumes, Iwalani Lawton, a professional dancer in Australia who was the face of Evento in 2012, will act as the night’s performance judge and Ms Street’s daughter, Holly Norris – a professional designer and illustrator now living in the Netherlands – is designing the programme.

“You could say that, with Iwalani and Holly, we’ve gone international – it definitely reminds that you can leave the country but you can’t ever leave the show,” Ms Street says.

Evento started as a fundraiser for Feilding High School by the Parent Teachers Association. The Wearable Arts concept was a way for the school’s own students to turn their sewing skills into a performance of wearable art.

Very quickly the success of the event outgrew the Feilding High School Hall and a new venue was needed to accommodate the demand to view the outstanding quality of entries. Other schools around the Manawatu region were also asking to be involved.

The event relocated to the Civic Centre in the Feilding town centre, but that was also a stepping stone.

Moving to Manfeild Stadium in 2010 was a masterstroke; this huge arena accommodates tiered seating for a much bigger audience than the preceding venues and allowed the show to move to a whole new level of professionalism.

Evento now has the opportunity to experiment with lighting, staging and effects and is able to continually surprise with new and daring presentations.

“We recall how the event took root as a fundraiser in a school hall … and we’ve seen it grow into a truly spectacular undertaking.

“We take great pride in holding host rights and are delighted to involve in its ongoing development.

“This year we will provide corporate seating for 380 plus the new feature of a premium section of the tiered grandstand seating, as a way of further broadening audience opportunities and further enhancing this incredible experience.”

Competition to create the best costume is fierce among schools and although some of the work is done in school time as part of the art and design curriculum, many hours are spent working on the details in the students’ own time.

Added Mrs Keane: “It’s not just about being up front on the catwalk. Evento demands hundreds of volunteer workers and they’re almost all students. It is a remarkable event that has done so much to bring out an incredible creativity from our community.” 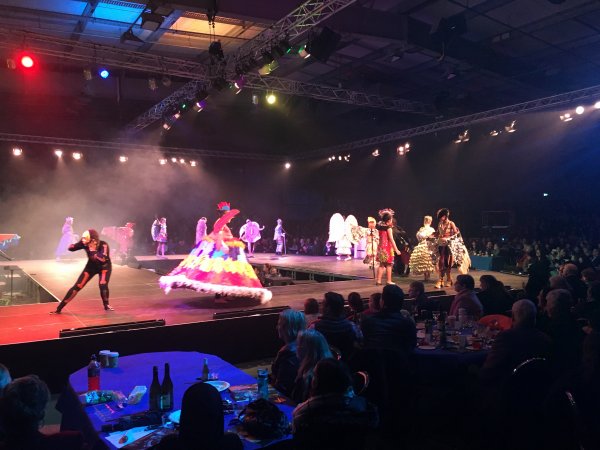 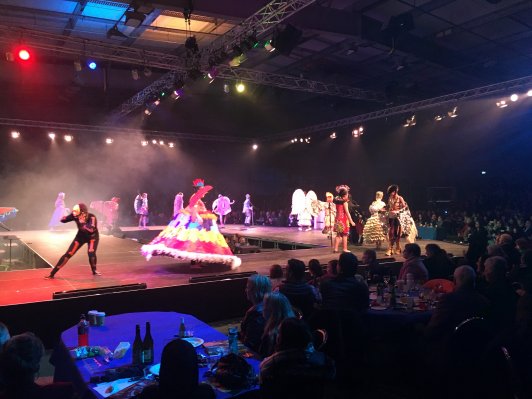